How to be a Lizardfolk

So this is my attempt to do this, except with Lizardfolk because they are my favorite humanoid.

Roll up stats and chose a class. Whenever you level up you can spend one or more of your rolls on this chart. 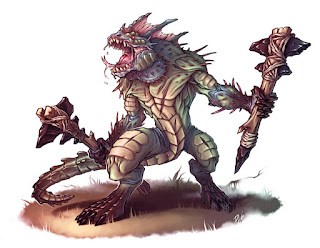 51-53 You get really good at climbing. Now you can now climb at normal speed without restriction on what you can wear or wield. Also you take half fall damage. Re-roll this result if you get it a second time.

54-56 Your scales sprout sharp spikes. Your non-weapon, non-spell attacks deal 1d4 extra damage and foes that hit you must save versus Breath Weapon to avoid your spikes or take the extra damage. Rolling this result again increases the damage to d6, then d8, and then d10. After that re-roll this result.

60 Once per day you can transform into a crocodile for 1 turn (AC 14; HD 2; 1 Bite for 1d8 dmg). When you roll this result again you gain +1 to AC, HD, or damage for your croc-form. After rolling this result three times you can spend your +1 to add weird shit like flying wings or extra appendages.


61-63 Now you can consume the flesh of another creature to be imbued with the secrets of the flesh. Next time you encounter a creature of the same species as the one you devoured you'll learn their statistics (AC, HD, etc) and what they want, why they are here, etc. After that you lose all benefits. Rolling this result allows you to repeat the process again. 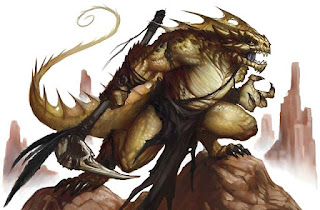 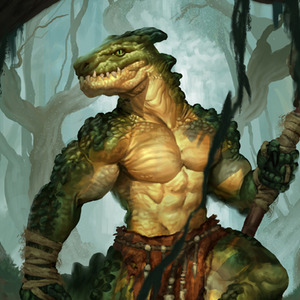 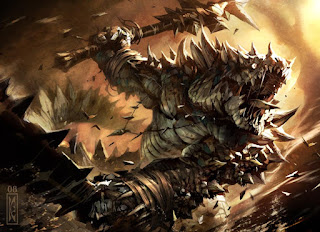