All I Need is Sex, Drugs, and Walled Cities

Gathox is alive. It breathes. It flows. It grows. But most importantly it hungers. And every alien, human, and mutant is the godling's vittles. But it's not flesh it desires. Only one thing sates the living mountain: Strife.
Great Zhezhn fuel religious fervor and sow chaos and disorder, both with the purpose to fuel Gathox's hunger. Governance, order, and control are all viruses that are hunted down and destroyed by anti-bodies.
Buildings rise to impossible heights, growing maze-like corridors. Vertical gardens drape from their walls like sustenance-pocketed curtains. Eventually, it's all swallowed, for nothing is constant in Gathox.
What little governance the citizens are permitted take the form of gangs that constantly compete for territory, wealth, power, and respect. Meanwhile the Great Zhezhn pull there strings from places unseen.


This is going to be the index for my campaign set in David Lewis Johnson's Gathox setting. Gathox is built around Swords and Wizardry: Whitebox, but we play the GLOG in these parts, so a majority of the posts to follow will be devoted to creating, converting, or expanding on the following:

A special thanks goes out to Luke Thomson of Iron & Ink for inspiring me to embrace the fever dream with his Pike and Shotte campaign.

>>>>EDIT: This is a bad wizard. Do not use it in your GLOG game, unless you want to have a bad time! I'd delete this, but it is a good example of WHAT NOT TO DO when designing a glog wizard<<<<


Farriers are psychic monk ninja spies that utilize transmutation magic and their own psychic influence.


Cantrips
1. Create a phantasm, which is a non-magical object no larger than a horse that exists for 10 minutes. If the phantasm is mechanical you must understand how it functions before you can create it.
2. You can focus for one round to see up to 2 miles away.
3. Touch an object to learn its recent history. You may also receive impressions of its creator.


Acrobatic Feat
Once per scene you can perform a feat of acrobatics, which includes but is not limited to: jumps, leaps, flips, tumbles, catches (to avoid falling), swings, balancing, crossing rough terrain, handsprings, pole-vaulting, etc.


Magic Resistance
You reduce all incoming magic damage by 2. Once per day you can negate the effects of a spell that targets you.


Mind's Eye
Once per combat, you can observe your opponents and perfectly predict their actions next round.


Trace
If you discover a magic item, you can enact a ritual to save it to your brain. The ritual is 6 hours long and costs 1 spell slot. You can still cast spells, but you do not get the spell slot back until you erase the magic item from your brain.

As long as you have the magic item saved, you can summon one copy of it at will and it exists for 10 minutes.

Break
R: 50' T: one phantasm D: [dice]x10 minutes
You pack one phantasm with psychic energy. The next time the object comes into contact with something, it explodes for d10+[sum] damage. If more than one CD is invested into this spell, increase the damage by 1d10 per CD above one.

Hold Person
R: 50' T: creature D: concenration, up to [sum] rounds
Target creature or object is locked in place. YOu must maintain concentration for this spell to work. Target can breathe and move their eyes, but cannot swim, fly, or perform any other action. The creature may Save each round to break free with a [dice] penalty.

Shield
R: 10' T: plane or sphere D: concentraion
Create a psychic barrier, 10'x10', centered up to 10' away. Alternatively, create a sphere centered on the caster 5' in diameter. The barrier has [sum] HP. All attacks against it hit.

Counterspell
R: 50' T: area D: [dice]x2 rounds
For the duration, the next spell cast within the area with [dice] CD invested or less is countered. The Caster gets a Save to ignore this effect.

Transmute
R: touch T: one object D: [sum] minutes
You transmute the material composition of one object into another inorganic material.

Charm Person
R: 50' T: person D: [dice] hours
The person regards you as a good friend and ignores the obvious spell you just cast on them. If you invest 4 [dice] or more into this spell, the duration becomes permanent.

Expand Self
R: 0 T: 40ft area centered on the caster D: [dice]x2 rounds
You expand your mind, pushing back reality. Flavor your inner world as you see fit. As long as you stand within the area of your inner world, you gain [dice] bonus casting die.
Posted by Chris Wilson at 6:43 PM 9 comments:

This is a cult version of Joseph Manola's The Extras and Skerple's Many Goblins.


Cult Mentality
The Cult has a shared HP pool just like a normal character. 1 point of damage causes a single cultist to die. Area of effect attacks and traps only affect them once. Single-target Save or Die effects instead cause the Cult to lose 1 HP. Other single-target spells effect the whole Cult.

The Charming Sociopath is the de facto leader of the cult, and his presence is required when the cult attempts to recruit new members because—and let's be honest—this whole cult thing hinges on his charisma.

The Charming Sociopath is a level 1 Cleric, but otherwise functions identically to a Cult Lieutenant (see below).

If the cult should perish, none but the Charming Sociopath survive. Then if he survives the adventure he may return to town and recruit d20 gullible cultists. 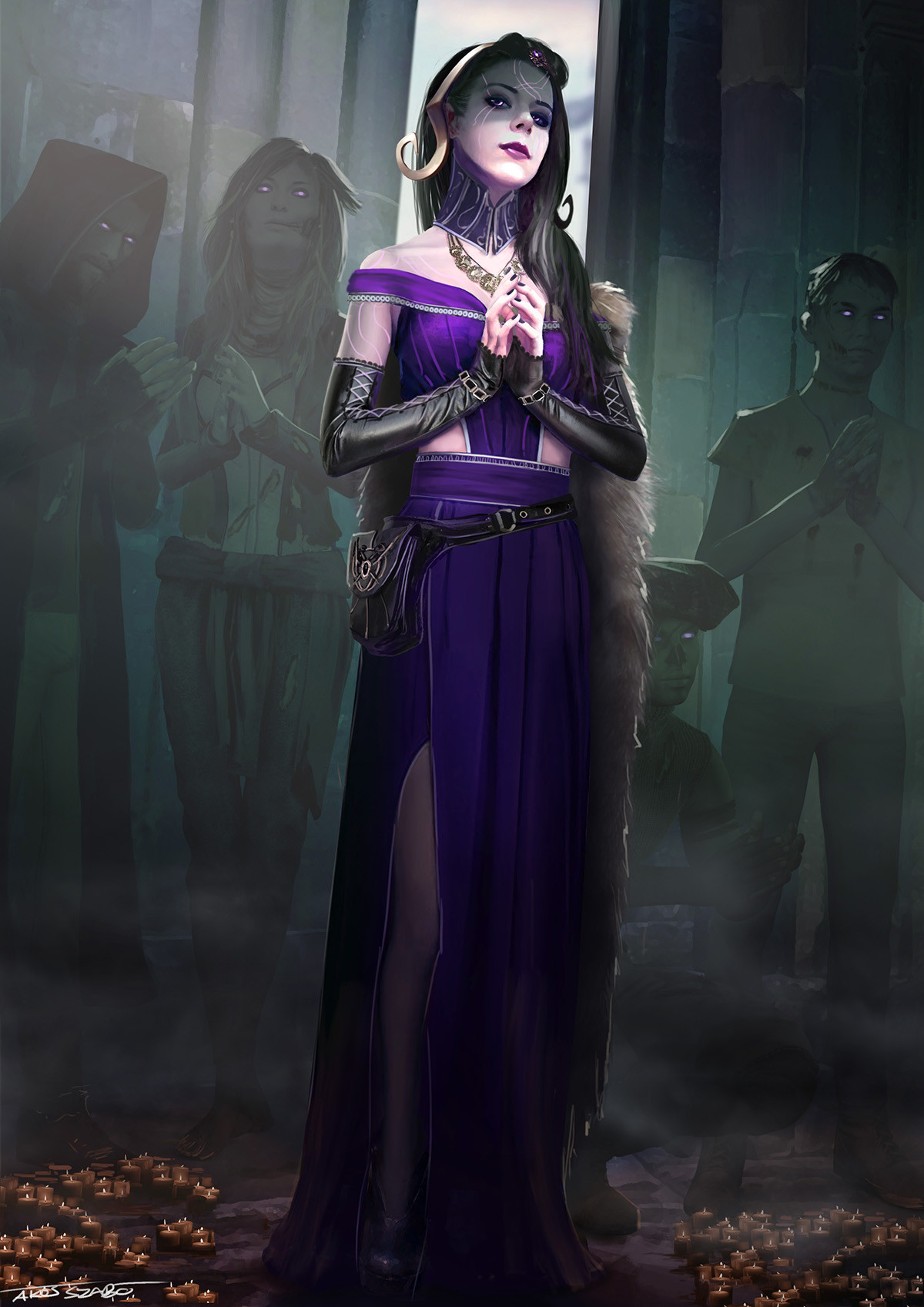 Recruit
Once per week, the Charming Sociopath can climb up on his soap box and spew his ideological vitriol to the masses. This requires a Charisma Save, and if successful The Cult recruits d6 members and gains the same amount of hit points.


Cult Lieutenant
Lieutenants are named characters that hold more sway in the cult than its lesser members, but not as much as the Charming Sociopath obviously.

Once per encounter, a Cult Lieutenant can act independently of the cult.


Secret Sadistic Ritual
Once per day the cult may convene in a secret area and enact a secret sadistic ritual. During this ritual the Charming Sociopath can sacrifice up to d6 members of the cult. The Cult loses the same amount of HP permanently. For every member sacrificed, the Charming Sociopath's gains +1 Casting Die and +2 Spells until dawn the next day. 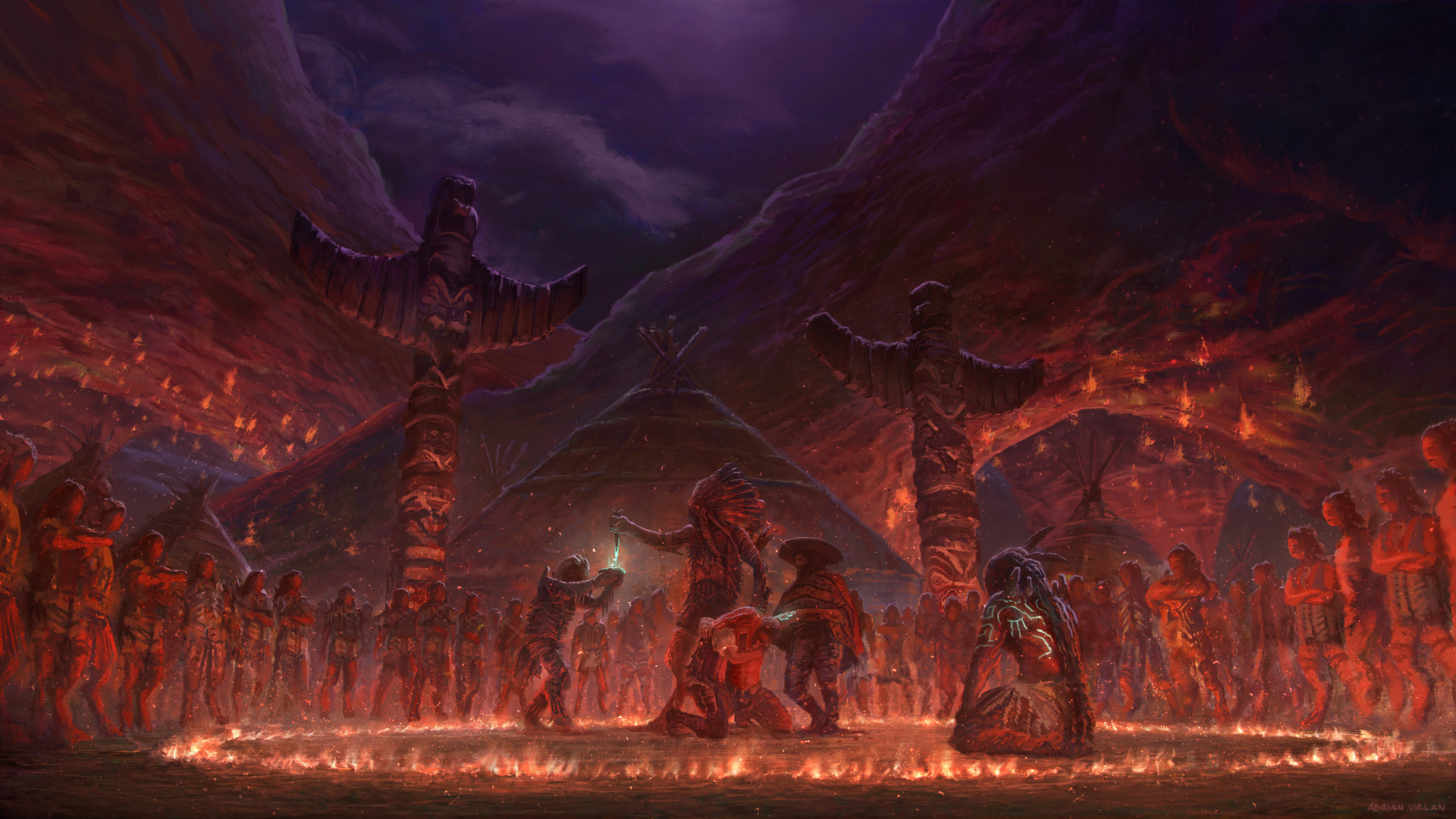