For awhile now I've simply been scooping up OSR books and plucking from them the mechanics that I like, stitching them together into some Frankensteinian ruleset that rests inside my skull. However I find it's easier for creativity to flourish when I set limits for myself. This gives me a base to work with and if the confines of my established limits are too strong I can always redefine them later.

With that said I plan on taking a specific approach to my current campaign, which features my city setting Wundergauss. Now without further ado I'm going to define my chosen three rulesets and campaign inspirations.

Ruleset 1: Lamentation of the Flame Princess

Was there any doubt? It's the game that pulled me into the OSR and it just so happens to be my favorite game to run for OSR noobys. It's got nice clean-cut mechanics that aren't bloated or janky. Skills are simple and eloquent d6 roles; fighters don't suck; saves make sense; it even has rules for Property and Finance! However there are some rules in this book that just trigger me. I'm looking at you Firing Into Melee rules! And the magic item creation is more annoying than it is useful. But overall Lotfp is just a nice full package and a great base for any OSR inspired ruleset. It does lack the essentials for high adventure like treasure tables and a monster manual, but my next choice should fix all of that.... 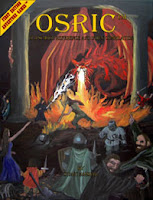 Or OSRIC for short....At first I was going to pick Labyrinth Lord over OSRIC but the former doesn't add as much to the equation. Meanwhile OSRIC brings more treasure and more wandering monsters to the table, not to mention more classes and Fireball! However I don't like the way OSRIC does most of these things. For example I'm pretty sure +1 against orcs and goblinoids doesn't really qualify as a racial bonus.... But from what I understand my complaints are due to the nature of 1e and has nothing to do with the creators of OSRIC being shits (because they're not!) In total OSRIC is a ruleset that will serve as a resource for the things that lotfp leaves out, and it will serve as an inspiration for homebrews down the road. I'll probably regret this last ruleset

Ruleset 3: Classic Traveller
Yup! I love this game. It's also got nifty things like guns so if I want to take my campaigns into modern land or if I just want to give the cleric a machine gun I can do that. It's got spaceships so I can take the party into space! I love that entire worlds can be randomly generated on the fly. It's got a bunch of weird and interesting races. Most of all it has sapceship combat which can easily be applied to regular boring ship with sails combat.The only downside is that I might be biting off more than I can chew. But that has yet to be seen and like I said earlier if it fucks up my game somehow I can just fix it. 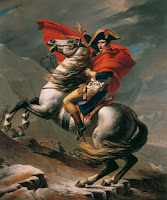 Now Jeff says to avoid generalized sources for this part of the formula. He says to use books, not wikis. Truth be told I'm not a huge fan of fiction or books in general anymore. I used to read a lot as a kid but that was more of a coping mechanism than anything else. Since becoming an adult with expectations and responsibilities, my love for fiction and reading in general has tanked. What I know about this time period has mostly been through glimpses through movies and shows such as Master and Commander and Horatio Hornblower. But in the end I think what players take away from the table are those glimpses. They remember hails of cannon fire or musket rifles, intriguing with posh nobles, or crawling through the streets of an early modern civilization. Sure you might run into one player that absolutely gushes about this stuff but your average player just doesn't care. And there's nothing wrong with that. They're here to play D and fucking D, not get a history lesson. With that said there's just so much that I like about this era: the early-modern combat, the transition from monarchy to democracy, ships of the line, the style of clothing, the etiquette and expectations placed upon not only the bourgeoisie but pretty much everyone in society. But the focus isn't going to be in reenacting history, its going to be recreating those glimpses of this era provided by those shows and movies that caused me to fall in love with the period in the first place. (BTW if anyone knows of good resources for this period, preferably not on dead trees, I would be most gracious if you could send them my way!)

Now if you haven't figured out that I'm an illiterate sod then you'll probably be surprised when I say I haven't read a single steampunk novel. But comics....I can do comics. They have the perfect balance of words and pretty pictures to keep my attention and regardless Girl Genius is so entertaining that it keeps me glued to the pages anyway. Now my love of steampunk is purely aesthetic. There's just something cool about leather-clad scoundrels running around with zappy bits. Not to mention it fits in the early modern feel that I am going for. 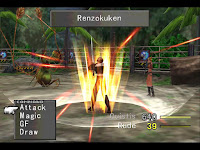 Inspiration 3: Final Fantasy VIII
I love this game. It was my first introduction to the final fantasy series and I really like its mechanics (even though everyone else seemed to hate them). The lore it presents is interesting and the setting is a weird blend of high fantasy and near-future science fiction. Not to forget GUNBLADES. (I don't care how stupid it is the idea of hurting someone more with your gun powder (or whatever) powered sword its just awesome!)

Supplemental Stuff
So those six things will serve as a base for whatever it is I'm trying to create but I know off the top of my head that won't be enough to cover all the bases. So I'll take the opportunity now to list a few more sources that I will be taking advantage of here.

Zak's Urbancrawl Rules
These rules are just awesome and that's why I'll be using them. I don't want my players to feel like they are in constant danger, which is why prior to reading Zak's post and Vornheim, I usually treated settlements as safe havens. I think that's totally fine but when my players are drunking it up at the local tavern, I don't want them to feel like they are in constant danger, but I do want them to feel on edge—that anything could come around that corner (but it won't kill you...probably).

13th Age
I bought this ruleset awhile back on a whim and while I don't like most of it there are some aspects I enjoy, mainly how race and class are treated. I am a proponent of race and class being separate entities. The only problem with that is separate race and class is a big contributor to builds, which I despise with a passion. Some great people have offered solutions to this problem while keeping race and class separate, but they haven't been for me. However I really like how 13th Age addresses the problem and I'll probably be using their method going forward. I also like some other aspects such as the mechanics surrounding Icons but I find mostly everything else to be too bloated and it's just too much of a modern rpg for my tastes.

The Last Gasp Blog
This blog is a great resource for anyone, especially if weird fantasy makes you gush. I'm extremely fond of anything related to Maleficars and the Horwarts Can't Save You Now rules might be the best for handling magic items I've come across.

and countless other sources will server as inspiration....

In Conclusion
In elevator pitch this creation looks like a early modern setting beating to the tune of high adventure with a sprinkle of low sci-fi and a twist of high sci-fi layered on top of that.
Posted by Chris Wilson at 2:39 PM